Housing affordability – how income to price ratios have changed

Over the past decade, there is no doubt there has been a property boom across the country, particularly in Sydney and Melbourne. This boom has spawned many heated conversations about the affordability of housing and whether it’s becoming more and more difficult for generations to enter the property market. Much of this debate is due to changes in income to price ratios.

Income to price ratios are measured by average house prices as a multiple of average household income. According to CoreLogic, Sydney is currently the most unaffordable with a ratio of 8.4-times, with Darwin the most affordable at 4.7-times. 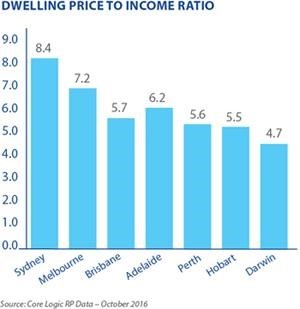 The Australian property market is made up of micro-hubs, meaning that each of our capital cities has their own property market. As you can see in the above graph, no two capital cities have the same income to price ratio, making some areas more affordable than others. Sydney and Melbourne, the country’s largest capital cities, are the main drivers of price where there are continued population growth and more demand than supply.

CoreLogic’s recent Home Value Index states house prices in Sydney are up 18.4 percent on a year ago, making it the highest annual growth rate in 14 years. Head of Research, Tim Lawless says “The strong growth conditions across Sydney have provided a substantial wealth boost for homeowners, however, the flip side is that housing costs are becoming increasingly out of reach. This is especially true for price-sensitive segments of the market such as first-time buyers and low-income families,” (source: News.com.au, March 2, 2017) 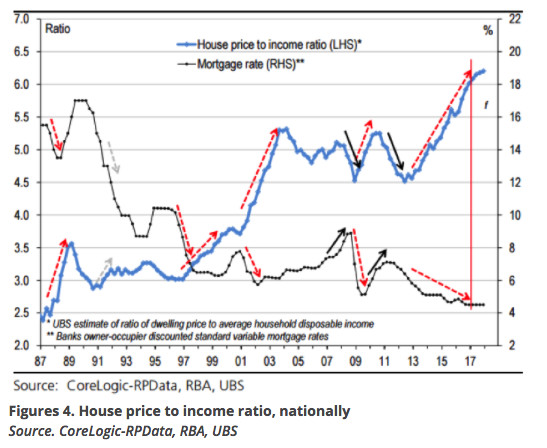 So, what exactly is happening? Income to house price ratios have increased so significantly because the increase in housing prices in Australia has well and truly surpassed the increases in incomes in that same period. What that means is that houses are much more expensive, but people aren’t really earning all that much more. It’s no wonder first home buyers, in particular, are locked out of the market.

So what can we do about housing affordability? Lawless believes the property market is likely to moderate this year without the need for any major intervention from APRA or the Reserve Bank. Lawless predicts that affordability constraints and higher supply levels will slow investment demand, improving housing affordability.

If you’re looking to enter the property market and wish to understand how housing affordability in your capital city could affect you, give me a call today on 02 9095 6888 to discuss.

How to Make the Auction...