Is it time to invest in Perth?

Unlike its Eastern neighbours, Perth is one of the few Australian capital cities experiencing a weak housing market. While housing prices in Australia’s capital cities grew on average by 10.9 percent last year – the highest growth since 2009 – Perth hasn’t kept pace, with local housing prices dropping by 4.3%. Perth’s poorer performance can largely be attributed to the end of the mining boom coupled with the Federal election and cautionary consumer sentiment.

While this may seem like bad news, for the savvy property investor this actually presents an extraordinary opportunity. A distressed market without much competition can provide excellent conditions for investors to pick up a bargain. And with recent Core Logic data revealing that Perth has experienced its first quarter of growth in four years, things look like they may be turning around. 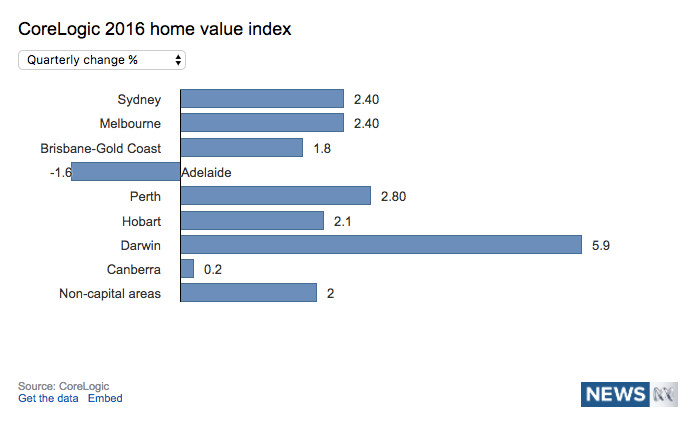 So, is it time to invest in Perth? Here are some things to consider.

Investors can get a bargain

There is good evidence to suggest that the property market in Perth is bottoming out. With Perth recently turning a corner in terms of growth, the signs are encouraging.

If you believe that the inner ring of a capital city is where the wealth concentrates, then the ability to invest for less than $600k in suburbs that are the equivalent of Sydney suburbs like North Sydney, Balmain or Edgecliff is simply irresistible. For property investors who love a bargain, this may well be the property market for you.

Investment in infrastructure is taking off

The WA government is spending and spending big. As an example, $13 billion has been spent in the inner 2 km radius from the CBD alone. Investments include $1 billion on the Perth Stadium, $1.3 billion on the new Perth city link and $500 million on Elizabeth Quay. The Government is also investing in the Royal Perth Hospital and Perth Convention and Exhibition Centre.

Perth is primed for growth. The demographics of the city suggest encouraging future capital growth prospects. Here are some interesting demographic facts about the city:

These statistics are extremely encouraging as they point to future growth.

What should I look out for?

Of course, the impacts of the end of the mining boom are still being felt in the Perth market, which means that property investors should act cautiously. Working in the mines no longer means earning $250k a year or more. This has had a flow on effect on the property market.

Additionally, vacancy rates are between 5% and 8%. Considering a balanced market usually, sits at 3% this is bad news if you are a landlord.

Despite the doom and gloom, the truth is that WA’s exceptional growth and extremely high salaries in previous years was abnormal. While the current environment represents a new paradigm, it is one that is much more realistic. Residents are getting on with normal jobs that pay normal wages. For the truck driver that was earning $250K, they may now be earning a perfectly acceptable $100k a year and getting on with it! The lesson is that while the market may not be what it once was, it is still extremely promising.

Green shoots are starting to appear, the government is spending a lot of money and it’s a deep buyers market. Great news for investors!

To discuss your finance and investment property aspirations, give me a call on 02 9095 6888

Thinking about Investing in...

We’ve got the connections to help We hear from clients all the time who would love...